In a collaboration between renowned British designer Michael Sodeau and Flokk, an inspiring interior that represent modern working environments in a Scandinavian feel with a British twist, has been created. 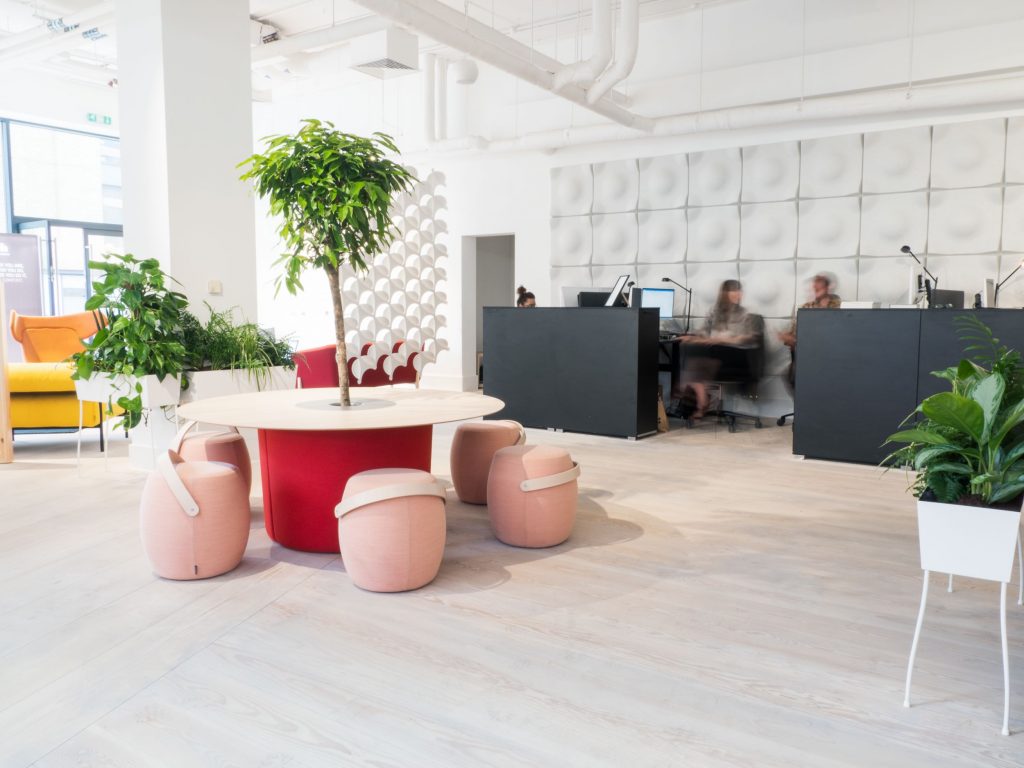 Through a mixture of lightning, furniture and fittings, the showroom is broken up into different zones which create small environments, representative of modern working environments. 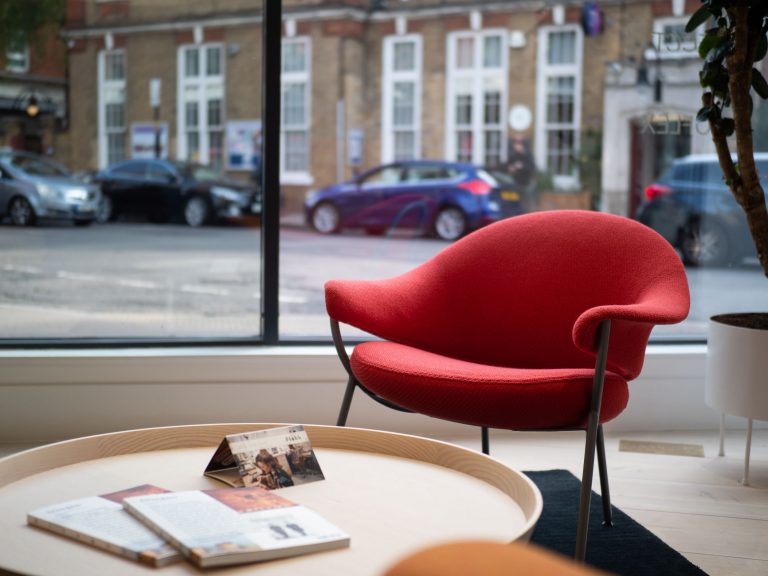 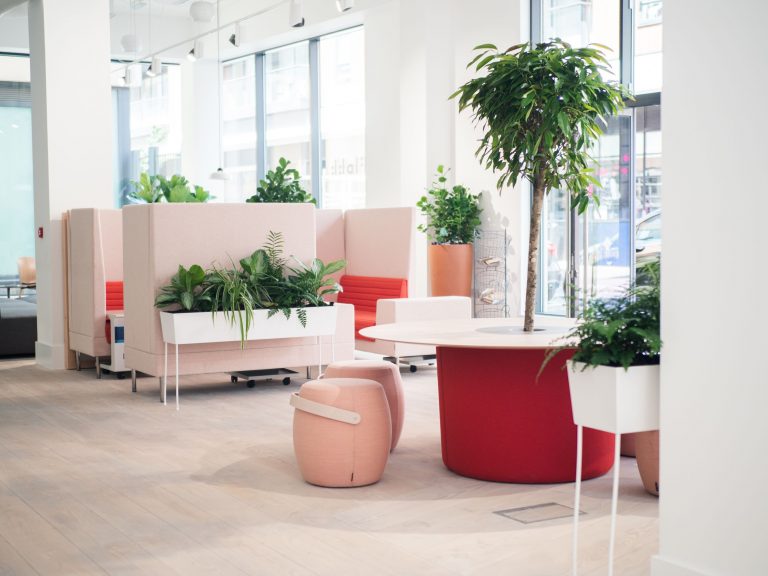 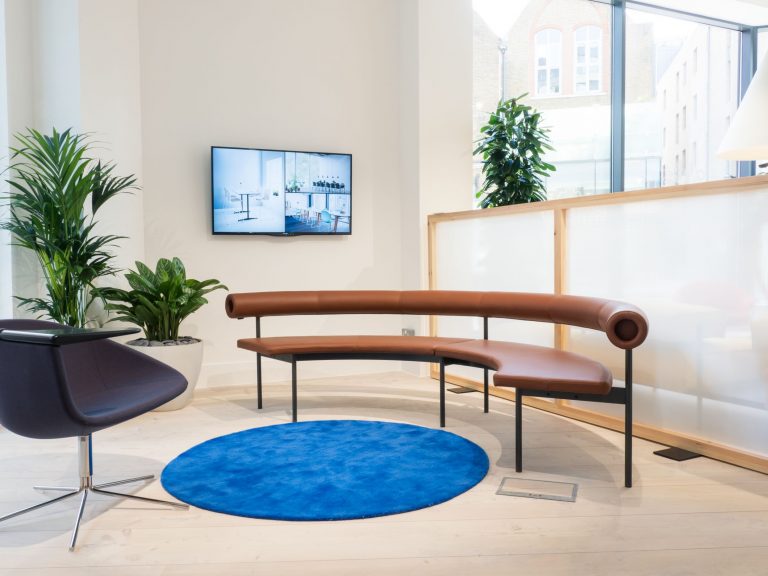 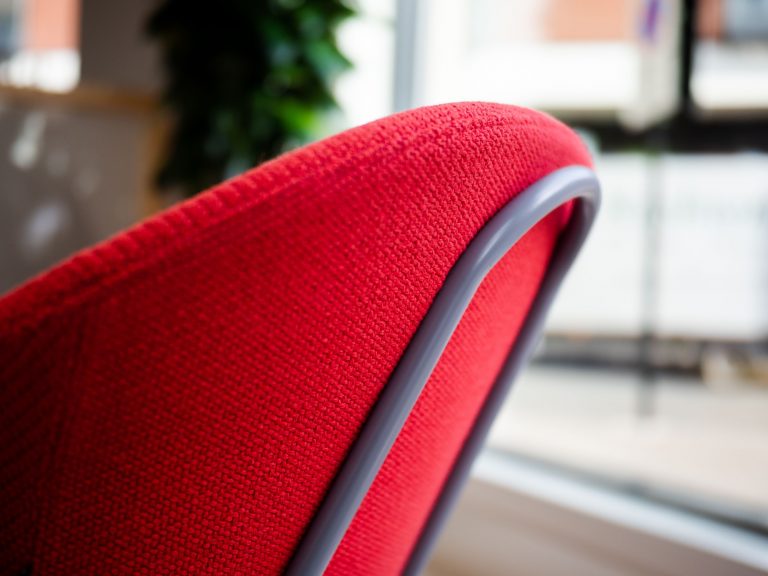 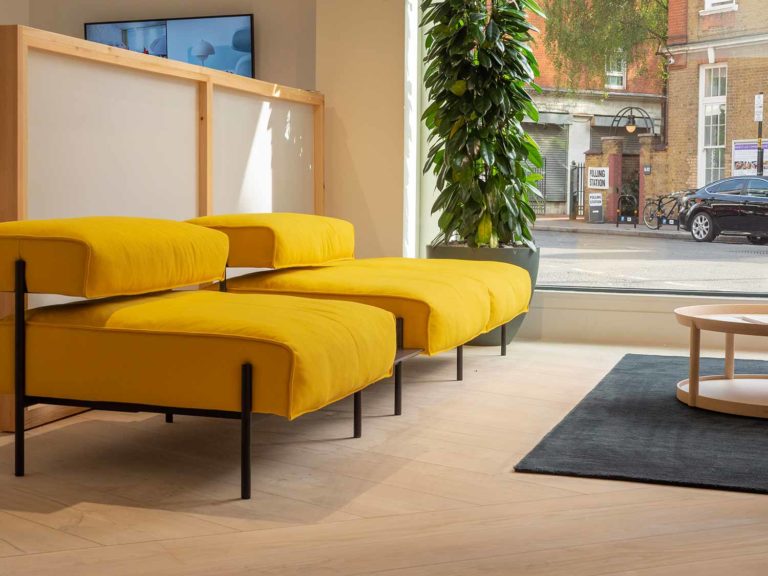 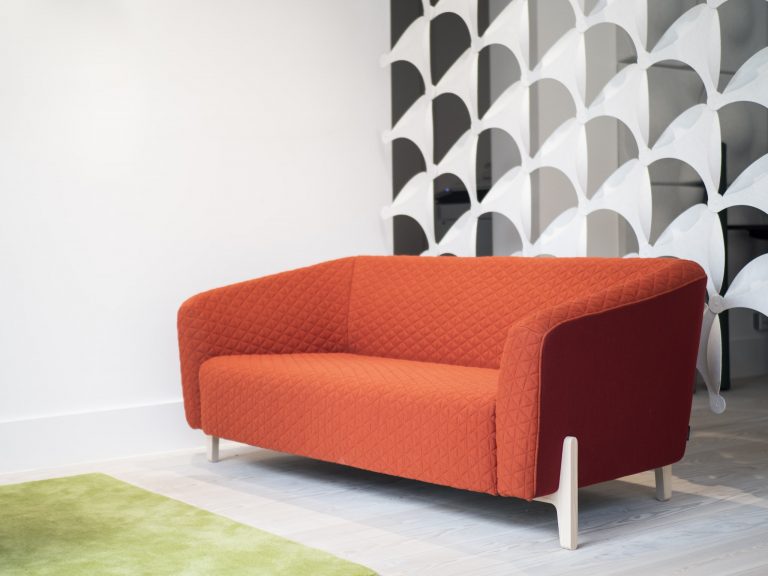 A combination of meeting spaces from casual to more formal settings have been created as well as breakout zones and general work areas. 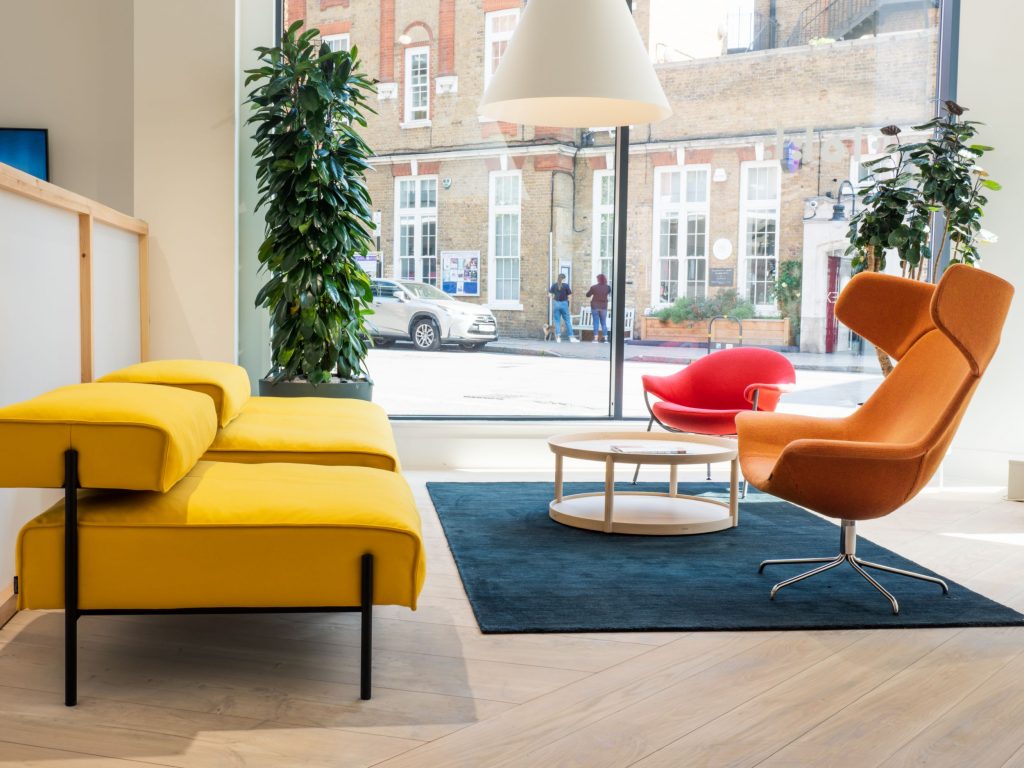 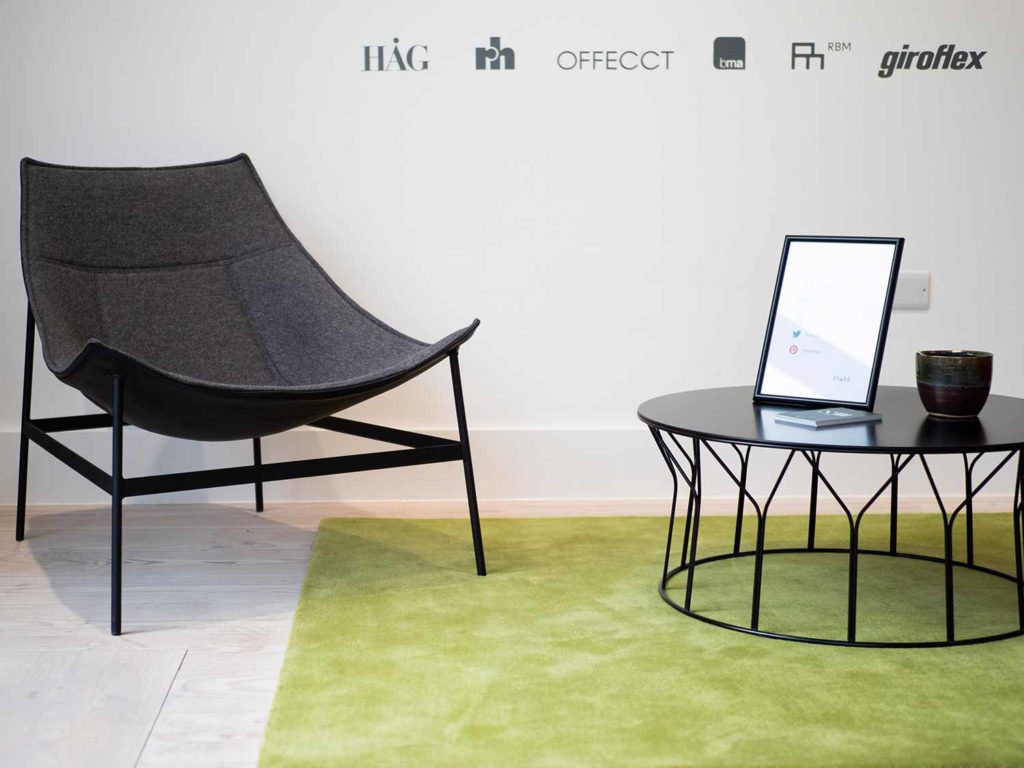 All light fittings are provided by Scandinavian producer Wästberg, flooring is supplied by the Danish company Dinesen and the additional flooring is provided by the Swedish textile company Bolon. 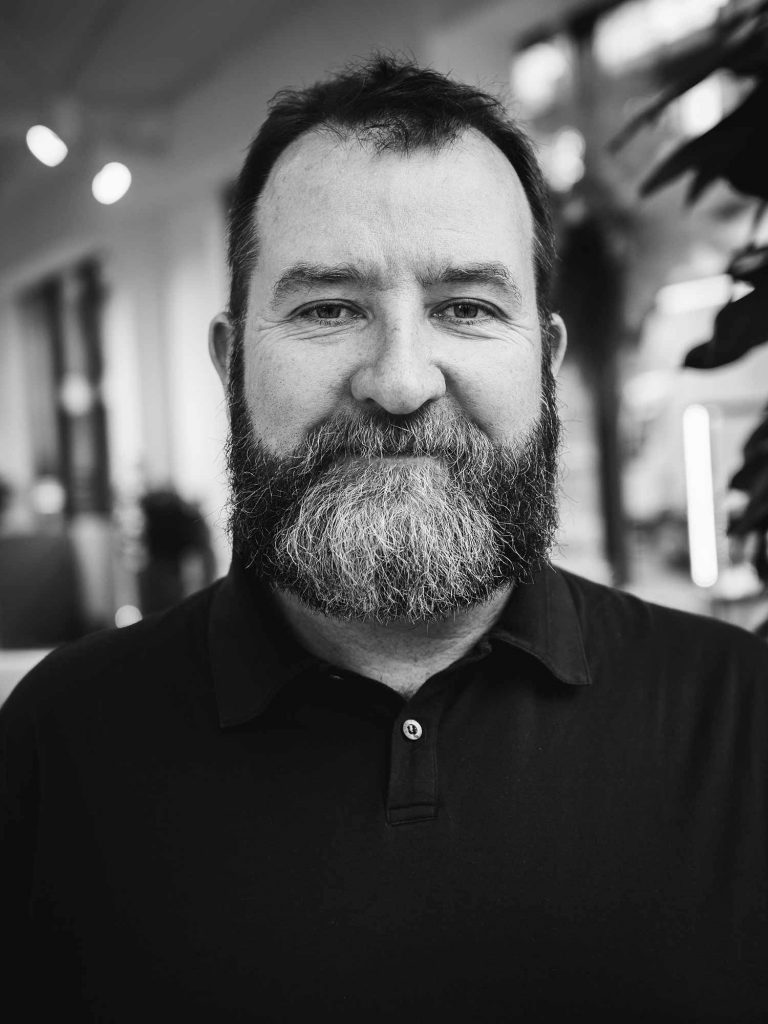